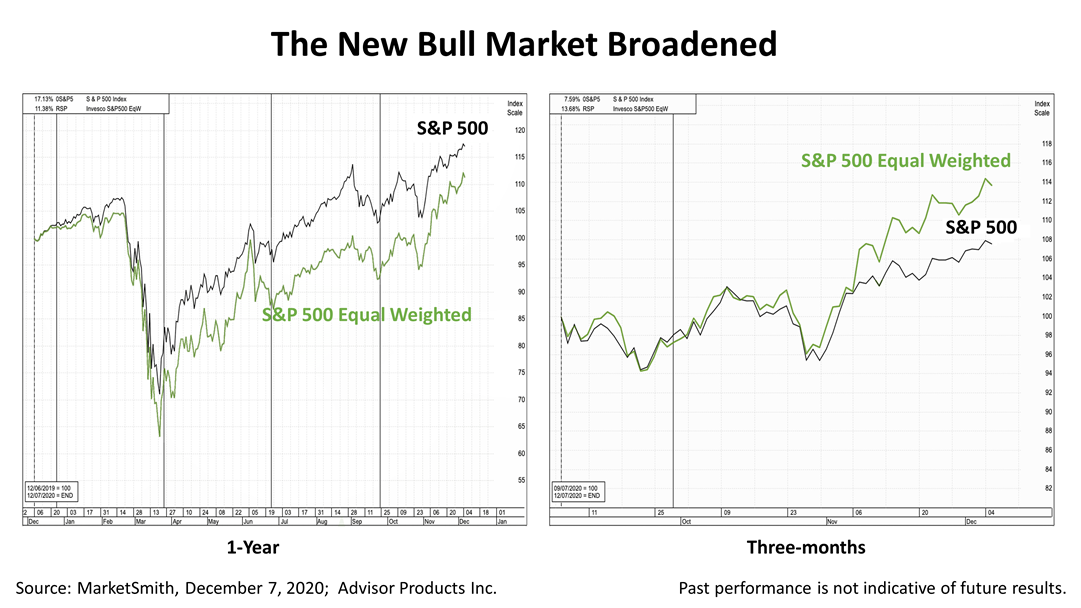 Facebook, Apple, Amazon, Netflix, Google, and Microsoft -- the FAANGM stocks -- were the runaway leaders of the new bull market that began after the Standard & Poor’s 500 bottomed on March 23, but now the rally has broadened. It’s good news.

This article was written by a veteran financial journalist based on data compiled and analyzed by independent economist, Fritz Meyer. While these are sources we believe to be reliable, the information is not intended to be used as financial advice without consulting a professional about your personal situation.

Indices are unmanaged and not available for direct investment. Investments with higher return potential carry greater risk for loss. Past performance is not an indicator of your future results.