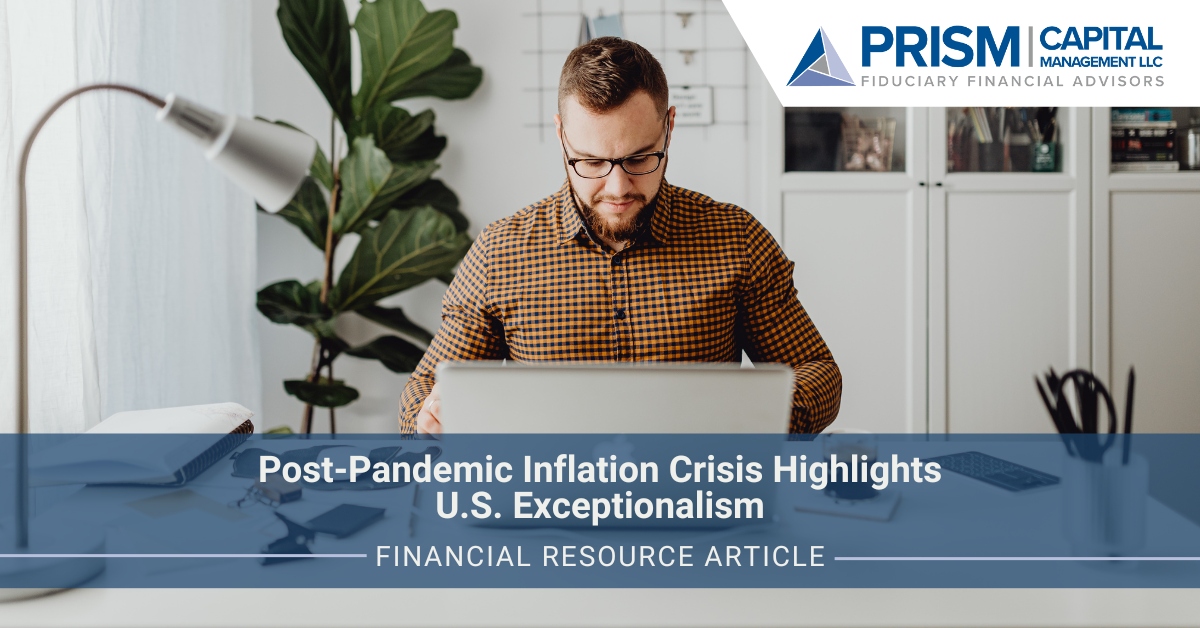 Despite six hikes in interest rates in the past eight months by the nation’s central bankers to end a vicious cycle of inflation, the U.S. economy created 263,000 new jobs in November. To be clear, after one of the most aggressive monetary tightening campaigns in over a century, the U.S. experienced above-average job growth in November. 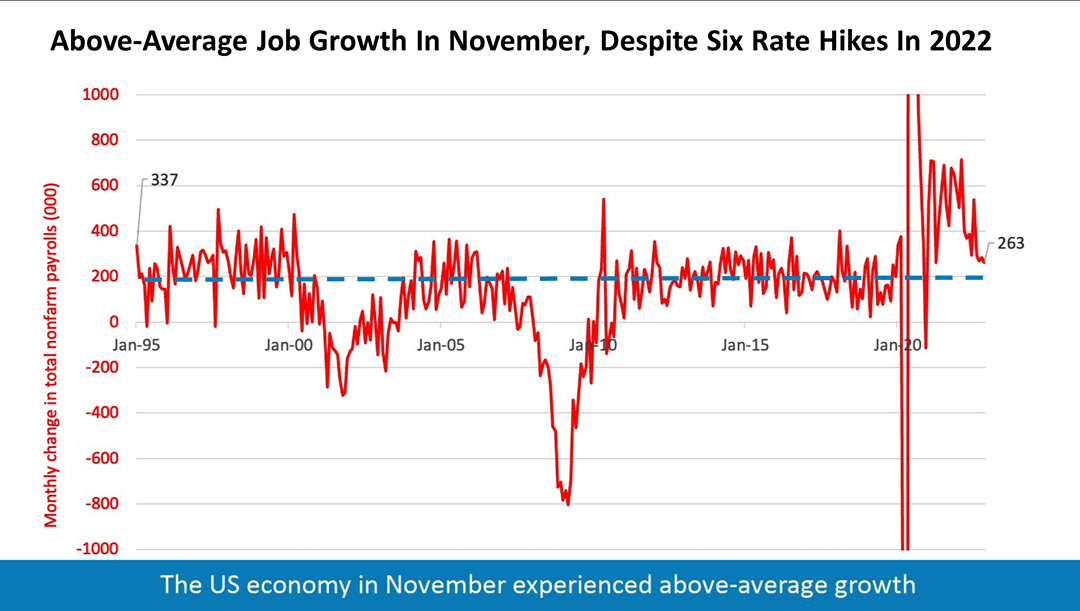 The 263,000 new jobs, 30% more than expected by economists, leaves U.S. central bankers little choice but to announce yet another rate hike following the next meeting of the Federal Open Market Committee (FOMC) on Wednesday, Dec. 14. Moreover, it’s prudent to expect another rate hike after the FOMC’s first meeting of 2023, on Wed., Feb. 1. 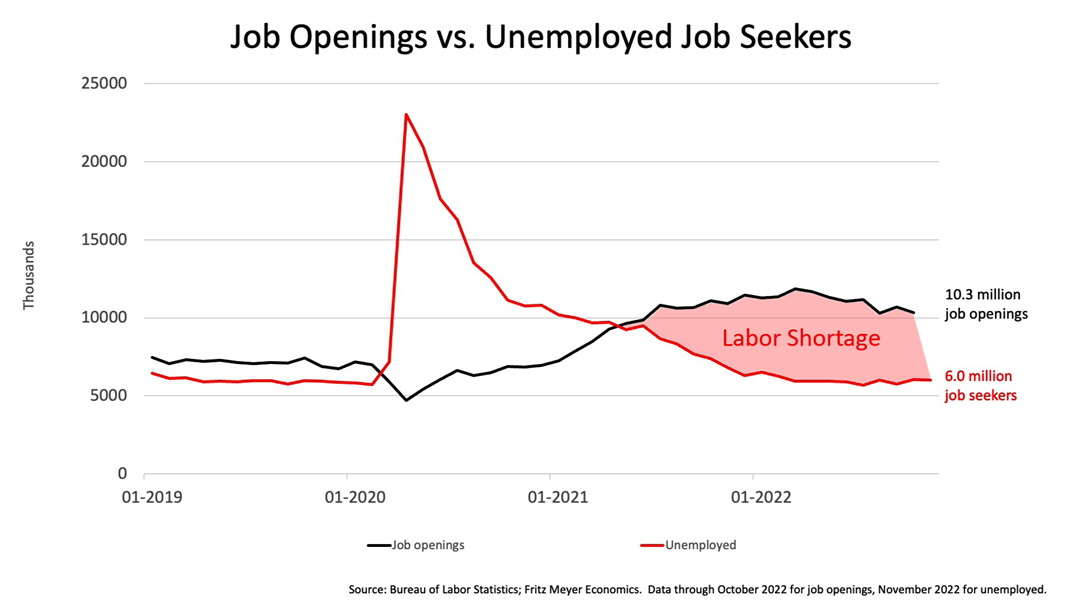 The nation’s central bank has no choice but to put the kybosh on job growth because it’s pushing up wages to make inflation worse, and inflation ruins economies. Its elimination is job No. 1 right now for the FOMC. But there is a complication. The main cause of post-pandemic inflation was supply chain disruption of goods – until now. Just as supply chain problems have settled down, a burst of wage inflation suddenly is the main inflation threat. 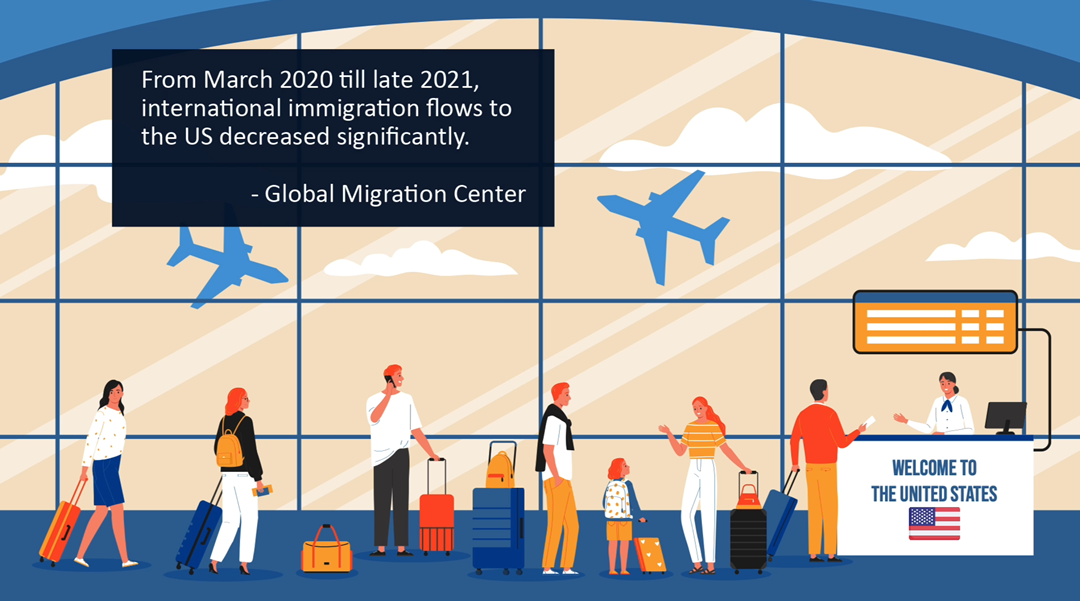 Another anomalous factor: from the beginning of the Covid-19 pandemic in March 2020 till late 2021, international immigration flows to the US decreased significantly. Changes in international immigration into the U.S, are likely driving wage increases and adding to inflation, according to a newly released study co-authored by Giovanni Peri, Professor of Economics, University of California, Davis, and Director of the Global Migration Center. The authors of the study warn that wage increases can temporarily help attenuate the wage-inflation problem but say it eventually may trigger a negative cycle of lower growth in the U.S.. 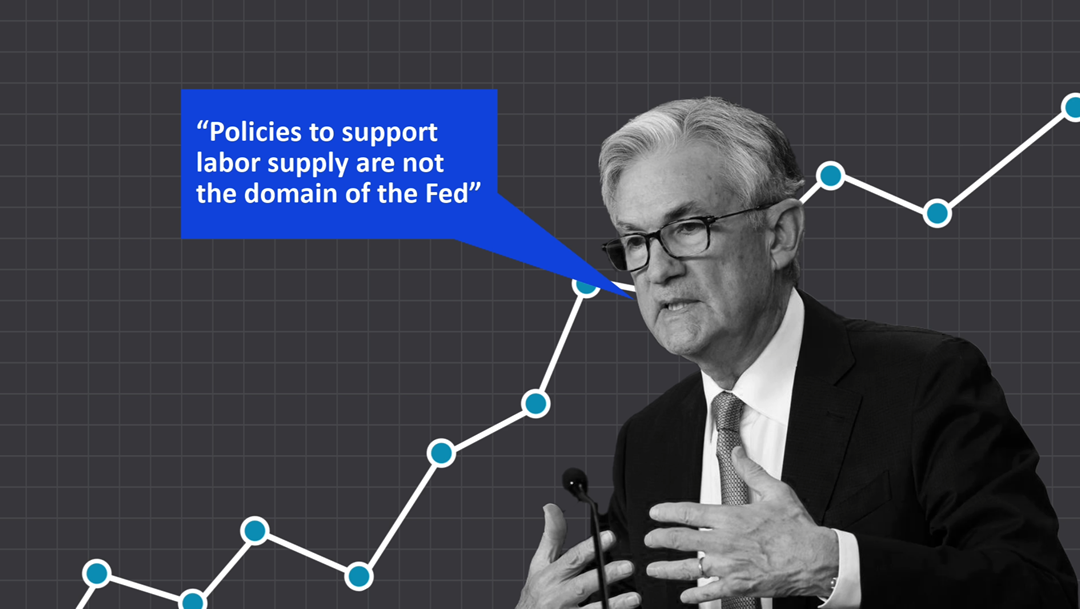 Also concerned is Fed Chair Jerome Powell. In a speech Weds., Nov. 30, he said that the U.S. labor force is short about 3.5 million workers and that two million of those are individuals who retired earlier than expected and would not be returning to work. While the Fed chair identified and defined the labor shortage as a problem confronting the economy, he pointedly added that making policies to support labor supply are not the domain of the Fed.

For the near term, the Fed chair indicated the shortage of qualified job applicants will be moderated by forcing employers to pay higher wages and, quite appropriately, left the long-term structural problem behind the labor shortage to elected leaders to resolve.

Whether by Congressional legislation or Executive action, the thorny policy issues seem likely to be resolved in 2023 if wage inflation continues to be an obstacle to growth. In a time of political polarization, the dynamic pragmatism about to be exhibited by the United States in the face of the labor shortage highlights what makes America exceptional among the world’s nations.

Founded for the benefit of clients, Prism Capital Management is an independent Seattle and Skagit-based firm with a deep commitment to providing guidance that is free of conflicts of interest, based solely on the sum of our experience and expertise. We are committed to putting client interests first and to stewarding both wealth and well-being for those we serve. We have a singular measure of success: the results we get for our clients. 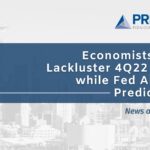 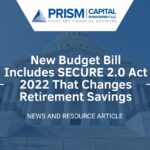